Home Uncategorized 140 species of snakes, 660 other animals return to zoos 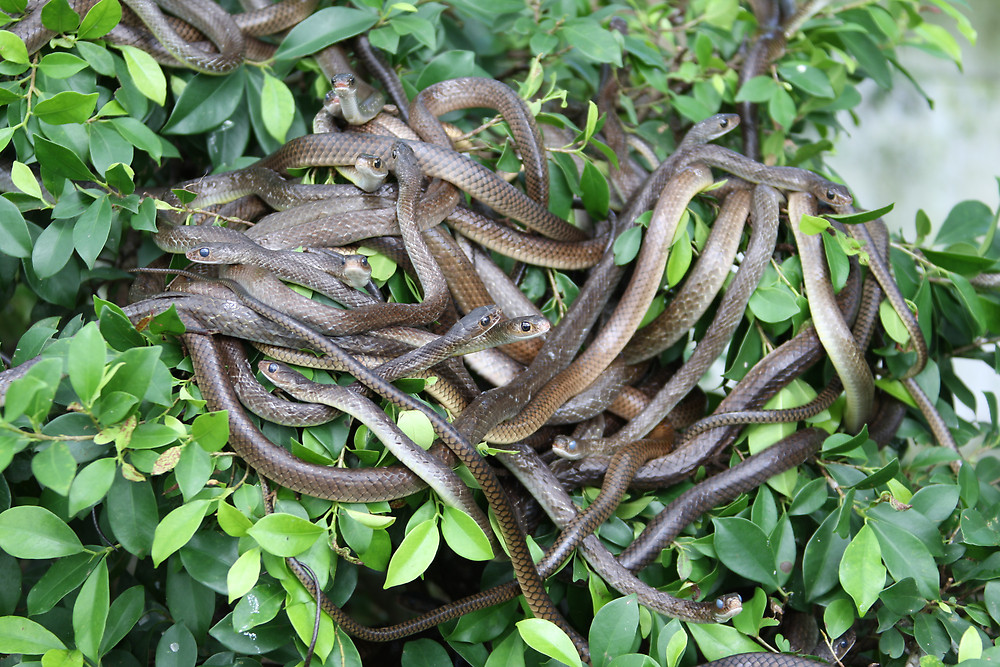 FOLLOWING the recent seizure by the Nigeria Customs Service, NCS, of three container-load of 140 species of snakes and 660 other animals imported into Nigeria from Cameroon, the Nigerian Agricultural Quarantine Services, NAQS, said, yesterday, the animals might be returned to the wild or zoos after investigation.

This was disclosed by NAQS’ Coordinating Director, Dr. Vincent Isegbe, while speaking on a radio programme. According to him, people should follow due process and receive approval by relevant government authorities before moving endangered species of animals. The three containers were to be delivered to someone in Lagos, according to one of the suspects arrested at the National Inland Waterways Authority jetty in Calabar, Cross River State. The species of snakes include Atheris squamigera, Bitis gobanica, Dasypeltis ssp and Boiga pulverinata, while the geckos were Hemidactylus frenatus and Hemidactylus fasciatus. Other animals are the millipede, hairy frogs and spiders of the Architrep-tulus, Trichobatrachus robustus and Arachnidae species, respectively. Isegbe said: “Those seized animals are endangered species; we need to conserve them. We will complete our investigation, then take all the necessary actions, which could include returning them to the wild or the zoos or after due diligence, if we find it necessary to return them to the owners.”