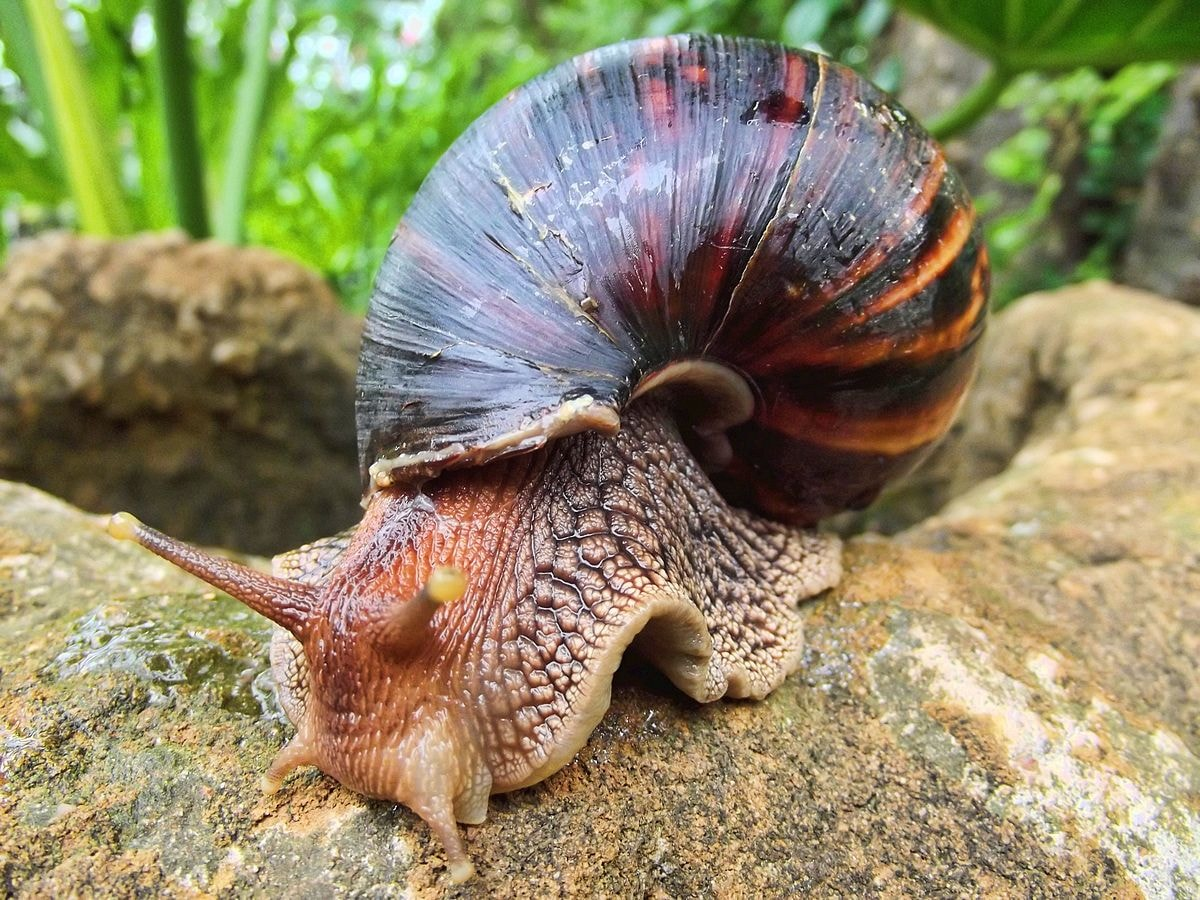 The Nigeria Agricultural Quarantine Service, NAQS, yesterday, demanded all snails and other agricultural products leaving the shores of Nigeria pass through inspection and certification or risk destruction.

This was contained in a statement signed by the Head, Media, Communication and Strategies, NAQS, Dr Chigozie Nwodo, where the Director, Animal Quarantine Department, NAQS, Dr. Idris Dakat, made the demand on the heels of recent impoundment of 15 Nigerian giant land snails by US Customs and Border Protection at George Bush Intercontinental Airport, Houston, Texas.

According to Dakat in the statement, the snails were brought in by a Nigerian woman who initially did not declare them and had packed the snails into three Ziploc plastic bags along with beef and fresh leaves. The officials took the steps over concerns that the action of the woman could cause a rare form of meningitis in human beings.
The statement reads in part, “The Nigeria Agricultural Quarantine Service (NAQS) has urged prospective travellers and exporters intent on exporting snails and other agricultural products, either for personal use or trade purposes, to subject the goods to prerequisite quarantine inspection and certification before dispatch or risk having the offending items seized and destroyed promptly when they arrive at the destination country.”
The Director, Animal Quarantine Department, NAQS, Dr. Idris Dakat, stressed that food and agricultural products that evaded local pre-export verification of conformity formalities are liable to enforced wastage abroad.

Dr Dakat was reacting to a recent export fiasco in which 15 Nigerian giant land snails were impounded by US Customs and Border Protection at George Bush Intercontinental Airport, Houston, Texas.
According to the statement, “The snails were brought in by a Nigerian woman who initially did not declare them and had packed the snails into three Ziploc plastic bags along with beef and fresh leaves. The officials took the steps over concerns that you can cause a rare form of meningitis in human beings.”

Also the statement quoted Dakat, “Snail is a fast-rising export commodity and many countries have awakened to substantial risks of invasiveness and public health associated with its trade and introduction.

“This is why export enthusiasts interested in snail rearing and export should seek guidance from NAQS. Our agency has developed Standard Operating Procedures (SOP) which clearly outlines a list of requirements and standards applicable in different countries.”

According to the statement he (Dakat) revealed that each country has its own distinct and acceptable presentations of snails. The United Kingdom accepts both live and frozen snails provided that they are free from pests and diseases.

On the other hand, the United States prohibits live snails into their country but accepts cleanly processed frozen snails. He underscored that it is, therefore, advisable for intending travelers and exporters to acquaint themselves with the specifics preferred in the target market.

However, the statement pointed out that Dakat regretted that the Nigerian woman “did not seek clarity from NAQS on the sanitary requirements for snail export to the USA before travelling with the product.”

“To make matters worse, she bypassed the quarantine export control that would have put her in the straight and averted the unfortunate incident. He emphasised that all countries require that agricultural products intended for export be certified safe and wholesome and covered by a valid export permit issued by the competent authority in the country of origin.

“NAQS always ensures that all export-bound snails are properly processed in line with good hygienic practices. We check to see that the snails were cleaned multiple times, de-slimed with acceptable substances, parboiled, and effectively refrigerated/frozen to ensure that they are free of parasites and their eggs. NAQS officers are stationed at all ports to make certain that travellers do not depart with agricultural products in unacceptable forms and presentations and to ensure that agricultural products emanating from Nigeria are free from pests and diseases in line with international standards.”

Meanwhile, the statement made it clear that the doors of NAQS were open to provide counselling and consultancy on snail species selection for purchase or cultivation. He reported that NAQS has groomed some snail farmers who expressed interest in exporting to the European Union (EU) and other countries.

The farmers were trained on how to establish an export-oriented snail farm and the best practices for processing export-grade snails. Three snail exporters who participated in that activity have been enlisted by the EU and permitted to export snails from Nigeria to all EU member states.

“He encouraged travelers and exporters interested in exporting snails to reach out to NAQS for guidance on how to proceed to avoid mistakes that could lead to the seizure and destruction of their precious agricultural products”, the statement added.