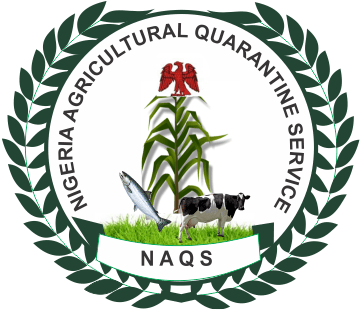 To reduce non-oil export rejection at the international market, the Nigeria Agriculture Quarantine Service (NAQS) has urged exporters to subject their goods to pre-requisite quarantine inspection and certification before dispatch to avoid seizure and destruction of such products at the destination country.

The agency stressed that food and agricultural products that evade local pre-export verification of conformity formalities are liable to enforced wastage abroad.
This charge was against the backdrop of the impounded 15 Nigerian giant land snails by the U.S. Customs and Border Protection at George Bush Intercontinental Airport, Houston, Texas.

A Nigerian woman who initially did not declare the snails and had packed them into three plastic bags along with beef and fresh leaves reportedly brought in the snails.

The authorities had impounded the goods over concerns that the giant snails could cause a rare form of meningitis in human beings.

Director, Animal Quarantine Department, NAQS, Dr. Idris Dakat while briefing newsmen in Abuja, pointed that ‘’snail is a fast-rising export commodity and many countries have awakened to substantial risks of invasiveness and public health associated with its trade and introduction, which is why exporters and those interested in snail rearing should seek guidance from the NAQS.

He disclosed that the agency had developed Standard Operating Procedures (SOP), which clearly outlines a list of requirements and standards applicable in different countries.

He revealed that the United Kingdom accepts both live and frozen snails provided that they are free from pests and diseases while on the other hand; the United States prohibits live snails into the country but accepts cleanly processed frozen snails.
He underscored that it is, therefore, advisable for intending travellers and exporters to acquaint themselves with the specifics preferred in the target market.

Dakat maintained that NAQS always ensures that all export-bound snails are properly processed in line with good hygienic practices, saying NAQS officers are stationed at all ports to make certain that travellers do not depart with agricultural products in unacceptable forms and to ensure that agricultural products emanating from Nigeria are free from pests and diseases in line with international standards.

He disclosed that NAQS recently trained some snail farmers interested in exporting to the European Union (EU) and other countries, saying they were trained on how to establish an export-oriented snail farm and the best practices for processing export-grade snails.