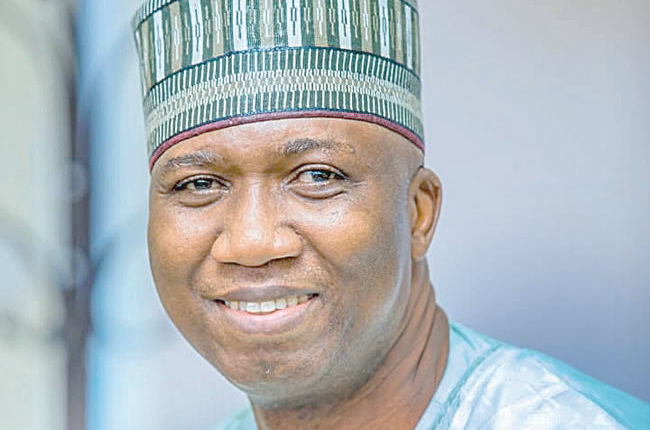 What level are we now on developing an export certification value chain for agricultural produce?

The surprising thing you will realise is that there are so many commodities we are producing, some of them we are number one in the world, such as cassava. And you will realise that we don’t export much, even the cassava itself or the byproduct of cassava.

For example, Walmart in the United States have asked us to produce so much cashew nuts for them, Nigeria was not able to meet that demand, of course you know the issue of the Indian pigeon pea.

So, what we are doing in essence is to be able to bring some of these salient agricultural produce that Nigeria can sell, export and be able to make money. And these commodities in 2018 we did 10, in 2019 we did 9 making it 19. The ones that are already in the export market we fine tune them, the ones that were not there before, we highlight them, and we did it in such a way that it will be easy for anybody to read through and take a decision immediately as what to do where to go to get the help, how it is supposed to be processed so that he has different ideas on what is involved from the point of production to the point of export

We know that a lot of people have finances here and there, they can pull resources together, but they don’t have a fair idea of what they should do in export trade, we have been able to do that between 10 to 12 pages of beautiful items that can attract them and make them take a decision, and approach the appropriate agencies or institutions of government or the private sector that can help them jumpstart it. So that is what we did.

We did sugarcane, we did pineapple, rice, yam, Sesame, vegetables, Maize, these are the ones we are familiar with, so what we did was to highlight them and bring them to the top burner the new ones we brought in was things like Nsukka pepper, turmeric, we reawakened Gum Arabic, we did snails, we did cow horns and hoofs, we did onions, garlic and honey. We realized that if we can realign, and all the stakeholders will agree for us to showcase these products and export them, we will make a lot of money from these agricultural exports, especially when we add value to it.

In 2020 we want to do shea butter, we do soybean and others, these are commodities that we should be able to export. With the dwindling resources from oil, Nigeria should focus on where our strength is for now, our strength is in agricultural produce.

Agriculture is one sector of the economy that oils the wheel of other sectors, and when we see most developed countries, you find out that they would first of all develop their agriculture, make it sustainable, make it in such a way that it can feed the nation and from there, other appendages will begin to grow, and that’s why we feel in Quarantine that we have a duty and we will continue to showcase that, before the year runs out, some of these publications would be made available to the general public and the critical stakeholders so that we can seat and brainstorm. Yes, we can produce, but if you have hiccups in the export process, then we have not done enough, because if we produce, we should be able to dispose and earn the foreign exchange back into the country, that is when the cycle is completed. But when you produce and there is a glut, it is a discouragement to the farmers because they can’t recoup their investment and they will not be encouraged to go back and farm. But when they plant, they have a place of selling, and the sold commodity is being processed into something else, and that something else produced as a value added product is sold out and money is generated back into the country, then the cycle is beautifully completed. That is where we believe that the Quarantine Service will be of tremendous use to the national economy and we have decided that we have to be the engine room.

Does it mean that we are currently exporting 19 commodities?

No, what we are saying is that it is possible we are exporting more than the 19 commodities, but we need to put emphasis and streamlining the export of each of the 19 commodities we have identified. There is a formal and informal trade in Maize, despite the fact that for now, we want to have enough Maize for industries, but you still find out that there is trans-border trade in these commodities. What we are saying is that for each of these commodities, let’s not have a one man or two man show, let’s have an organised export forum or medium, where there is an organised, sustainable export procedure, we now know that these are the identified producers, the producer knows exactly where to sell it to. Those people they sell it to, the aggregators and merchants know exactly how to keep it safe, they know what to do, when the exporter want to buy, he knows exactly where to get these commodities and buy with the consciousness that these commodities meet the export criteria, that’s what we are doing.

Of course people are exporting everything possible, probably it’s just singular effort, it is not coordinated in such a way that we know what is being done and the challenges of the system and it will now be addressed by the government, we want it properly organised.

Take the case of the hibiscus, we were able to organize them into associations from Jigawa and Kano state government was involved, we had several meetings with them, they have an operational exporters association, they have suppliers association, they have the farmers association and then they have the sub-suppliers association. Each association knows exactly what to do because we directed them on what to do, and because we want it organized, each registered group sells to the next registered group, if you are outside, we are not too sure you will meet that standard, we want you to come into the association so that you go through all the trainings so that we ensure that whatever you are buying or selling to the next person along the value chain, it is within the agreed standard so that there will no one cutting corners.

So that when these commodities eventually come to us at the export desk, we don’t have too much challenges on ascertaining the standard. If you are owning a warehouse as a value chain operator, then you must register, Quarantine will come and look at your warehouse and ascertain the standard because insect and pest can move from one stored product to another stored product, so we want to be sure that it does not happen, so we are streamlining some of those things to make sure that every person has good value for whatever investment they have made in the value chain.

Yam exporters are seeking the repeal of a particular Act to stops exportation of yam and other crops, what’s the Quarantine position on that?

That issue have been taken care of by the last Minister of Agriculture, it was a law during the military era where they stopped the export of agricultural produce, that time the idea was to secure what we have to enable the country feed itself first which was not a bad idea then, but as it is now, the situation is different and they needed to repeal that law. The issue was brought out, then the Minister directed the legal department to take up the matter so that it will give us the opportunity to export.

Anyway, since then people have been exporting, it’s just that since it’s a legal issue, let it be taken care of legally, it does not really stop us from exporting.

How far with the inter-Agency collaboration following the Executive order 001?

Few days ago, President Muhammadu Buhari mentioned that some government agencies will have to be realigned, that their mandate will have to be realigned especially at this point in time, this is the time that we shouldn’t have overlap of functions, so many government agencies have this responsibility towards ensuring that one thing or the other is done.

In the year’s back, you will realize that there are a lot of things that needed to be done, and because of the exigencies of time you realize there is need to set up a specialist agencies, it is important that these specialist agencies come to play. For example, before the creation of National Biosafety Management Agency (NBMA), Quarantine was taking care of GMOs and some other things, but immediately NBMA was created, Quarantine had to leave that responsibility to the new Agency of government, some agencies don’t do that, they will still be holding on to it because they were doing it before, the world is changing, so every respective Agency must learn to change with time.

Even if your mandate says you should do this, and government in its wisdom has created another Agency with more specialist mandate that your Agency hitherto had control over, it’s a matter of cooperation, the government does not have to come and start ‘separating fight’ between two agencies, no. We had a very beautiful working relationship with NBMA and they had the same thing with us because both of us understand what is happening.

Some agencies have obsolete laws and they are still holding onto those mandates, despite the fact that government had created new agencies that have become specialists in the way they act, and that’s why you find out that some of those things affect the process of governance. I think that’s what Mr President was trying to address the other day, and I think that issue is being addressed by the government so that everybody will do his work.

The beautiful thing about having this understanding is that the international communities know who have what responsibility, so if for one reason or the other you did not do it they would wonder what is happening. If it has to do with phytosanitary issues, they know it is the NAQS that they should go to, so it will be improper for any other Agency of government to now begin to make a statement regarding that. For example, an agency made an issue, then we received visitors directly from the Japanese embassy, the United States, and Netherlands, they personally came to Quarantine to get an explanations, we had to take our time to explain things to them of the situation.