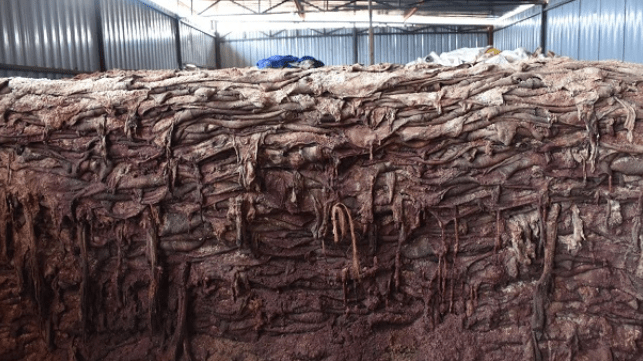 Speaking during the handing over, Custom Area Controller, Kano/Jigawa Command, Muhammad Abubakar Umar revealed that, it is sad that donkey species are gradually becoming extinct as people unjustifiably kill the animal for their skins. He explained that the killing and trading in the donkey skin has contravened intra and international laws.

He added that men of the service had intercepted and confiscated the donkey skin as well as the donkey penises and also arrested four suspects. According to him, investigations are ongoing on the matter and the service was handing over the seized items to NAQS for safe disposal.

Accepting the items, NAQS North-West zonal coordinator Adamu Aminu Ocheje stated that, his service has a historic harmonious working relationship with the customs service adding that based on their mandate the customs service had invited them for an inspection and after that, they have gotten approval for safe disposal of the seized items.