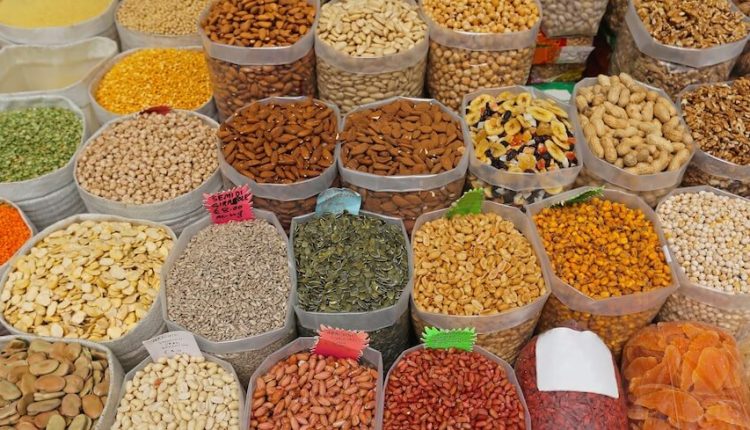 Before now, agricultural commodities exported to different parts of the world were highly valued and appreciated. But today, the story has changed as most farm produce exported are rejected either because the costs are inflated or harmful chemicals were used for preservation, making it hard for the country to earn foreign exchange.

Aside the rejection, the country’s image is soiled, potential investors cut business ties with Nigeria and patronise neighbouring countries.

In 2017, yams exported to US were rejected because of poor quality, a problem the Federal Government vowed to investigate and later came out to claim that the rejection was “politically motivated.”

According to former Minister of Agriculture and Rural Development, Audu Ogbeh, “some consignment of yams were exported from Nigeria to the United States and according to reports we have today, they were found to be of poor quality,” he said.

In 2018, over 40 metric tonnes of hibiscus flowers exported to Mexico, were turned down as a result of impurities as some farmers used lower qualities of chemicals, according to the Deputy Executive Secretary of the Federation of Agricultural Commodity Associations of Nigeria (FACAN), Peter Bakare.

Before the ban of hibiscus flower, the Director General of Nigerian Agricultural Quarantine Services (NAQS), Vincent Isegbe, announced that in less than a year the country generated over $35 million in nine months.

He recalled that, “in 2016, the sales of hibiscus flower generated $20 million, while in 2017 it generated $35 million within nine months. 1,983 containers were exported to Mexico alone, while other countries in Europe like Germany, Greece, Latvia and countries of former USSR also imported hibiscus from Nigeria.”

But when Mexico turned its back on Nigeria, the country lost over $80 million, an equivalent of N28.8 billion in two farming seasons due to the problem.

When it comes to ensuring that what goes out of the country and what comes in is befitting for consumption, so many agencies are involved namely, the Nigerian Ports Authority (NPA), Nigerian Customs Service (NCS), Federal Airports Authority of Nigeria (FAAN), National Agency for Food, Drug Administration and Control (NAFDAC) and Standards Organisation of Nigeria (SON). Others include Nigerian Export Promotion Council (NEPC), Nigerian Agricultural Quarantine Service (NAQS), Central Bank of Nigeria (CBN) and National Agricultural Seed Council (NASC). And because most agencies are pushing hard to outdo one another, there is always misunderstanding and infighting, which at the end affects the system and the nation’s economy.

Still on the problem, spokesman of NAQS, Chigozie Nwodo, said that wrong labelling is another obstacle because the information on the label of the cargo must be descriptive of the exact contents of the cargo as indicated in the sanitary and phytosanitary certificates.

But NAQS has set the guidelines exporters must meet before farm produce will be given a clean bill of health. According to Nwodo, the sanitary condition must be in accordance with the ones on the import permit of the destination country. The exporter must submit the items for inspection and certification by NAQS, and obtain the applicable certificate prior to shipment.

He added that, “the produce intended for export must be free of harmful organisms or toxic substances and all information required in the sanitary/phytosanitary certificate must be provided legibly in print. Forgery and alteration of certificate will render the certificate invalid and make products subject to rejection.

“Improper export procedure, certain products require the exporter to give NAQS advance notification of country to which export is intended. Exporting prohibited items are not accepted because some countries prohibit the export of certain agricultural items. Cargo of products on the prohibition list of the destination is liable to rejection at the port of entry,” Nwodo said.

He said some countries require additional declarations like date of harvest, place of harvest, whether there are any special handling precautions in addition to the sanitary/phytosanitary certificate, absence of declaration of which will earn the items a rejection. “The detection of residues of unapproved fumigants in the produce intended for export may constitute basis for rejection of the cargo.”

To further entrench strict compliance to the guidelines, Isegbe, at the 2nd NAQS’ Director General’s Summit and Management Retreat, held in Lagos with the theme, “NAQS on the Path of Innovation,” disclosed that Nigeria and China signed a deal to build five sorghum plantations in different zones and the setting up six plant health clinics in the six geopolitical zones of the country.

“We have tapped renowned experts from United Nations International Development Organisation (UNIDO) to guide NAQS to build from the scratch and equip three model laboratories benchmarked against the highpoint of current international standards.

“The labs will major in analysis and diagnosis of pesticide residues, mycotoxin detection and seed testing. We have a moonshot plan for the labs to earn accreditation for ISO 17025 and to serve as reference points in sub-Saharan Africa,” he said.

With all these, the planned  export of Nigerian forage sorghum to China through the signing of a protocol on phytosanitary requirements with the General Administration of Customs of the People’s Republic of China, which has granted Nigerians access to the largest sorghum market, would be hitch-free.

On officers’ conducts, he said they should not cheapen themselves by throwing unnecessary compliments to dealers at checkpoints, adding that their uniforms should be clean to attract respect.

He also warned them to desist from collecting cash from exporters of agricultural produce, maintaining that all exporters and importers must pay through the bank or the use of Point of Sale (PoS) to avoid the temptation of making away with the money.

“We are heading toward the fadeout of the human-to-human interfaces that breed unhealthy behaviours among our staff members. We are a pro-business agency. We will not countenance any attitude that is anti-business in appearance or effect,” he added.