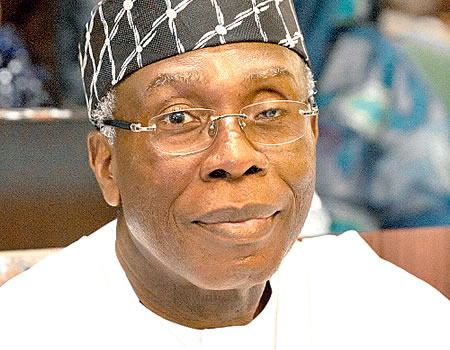 NIGERIA has abundant cash crops which are underexploited across the country. These crops if developed appropriately and exported, it is capable of revamping the economy and also serve as the largest sector for exporting apart from oil.

Exports from Nigeria to other countries of the world is very lucrative and can build the country’s economy, create jobs for the teeming youth and above all put money in the pockets of rural farmers.

In the recent past, Nigeria have been depending solely on crude oil exports as a means of earning forex. If the current food exportation rate is sustained, it could mark the beginning of an improved trade which is capable of diversifying from commodity export to manufacturing of goods for export.

Though, the government at the federal level is working towards diversifying the production base of the economy so as to improve export earnings, but the efforts have been hampered by lack of political will and little support from State governments.

A consultant to the Nigeria Agricultural Quarantine Services (NAQS), Charles Onyeani, who trained the participants on the concept of Good Agricultural Practices (GAP),  said Nigeria has the capacity to produce enough fresh fruits and vegetables not only for domestic consumption but also export.

He lamented over poor practices that hinder the country from exports, advised farmers to maintain healthy farming practices so as to enable the country meet up export standard of crops.

“One of the major things that stop us from exports is  pest control due to lack of proper farming practices and storage facilities. But this can also be controlled through the use of NAQS restrictions,” he added.

Speaking with Nigerian Tribune, another expert, Mrs Oraka Stella Nonyen, while advising farmers to leverage on the training, said the NAQS is ready to collaborate with farmers who are willing to go into export farming by registering their farm so as to monitor it  to the stage of harvest and export.

Mrs Oraka who is also a consultant to NAQS, recommended the establishment of an agricultural radio for rural dwellers who lack access to information so as to have current best farming practices.

She said: “An export farm must be fenced to avoid pollution from passerby which must have must have all the facilities. For one to start an export farm, it requires crop that has export value, identifies the country the crop will be exported to.

She harped on the need for farmers to establish a consumer satisfied system such as GAP that would provide an important advantage for domestic and export markets.

Commenting on the need to empower farmers, off-takers and exporters to comply with the standards of the export market, the director general, NAQS, Dr Vincent Isiegbe, said the Agency is implementing a program of backward integration for better export products.

He said the intervention codenamed ‘’Export Improvement Initiative’’ is tailored to ensure that all relevant activities performed from the fields where the prospective export crops are cultivated up to the point of shipment are consistent with the standard conditions and protocols. As part of this measure, NAQS has been interfacing with stakeholders to educate and train them on export quality criteria for agricultural produce.

Isigbe noted that NAQS is leading the government’s drive to stem the tide of the rejection of some Nigerian agricultural produce in foreign markets due to quality defects.

“The inability of stakeholders across the value chain to meet the relevant sanitary and phytosanitary requirements applicable in the destination countries is the most serious impediment to Nigeria’s participation in foreign trade.

“This is because many countries prohibit the import of produce with mycotoxin contamination, high pesticide residue, microbial contamination, sloppy packaging and labeling. Nigeria loses huge revenue, servicing narrow export market options. It is our goal to make Nigerian agricultural produce acceptable everywhere in the world. That way, we will earn more foreign exchange from more destination countries.”

He added: “I am glad to report that NAQS efforts in mainstreaming best practices are yielding great rewards. Due to increased knowledge and adaptation to guidelines, Nigeria was able to export 1,983 containers of Hibiscus to Mexico, within the first 9 months of 2017. The country earned $35 million US dollars in the selfsame period.

“Our mission is to catalyze the harnessing of the export potentials of Nigerian agricultural resources. We recently conducted a crop pest survey on pigeon pea, sorghum and groundnut.

“The result of our pigeon pea survey has paved a way for Nigeria to penetrate the $100 billion worth pigeon pea market of India. In the same vein, our crop pest survey on sorghum has opened the door for Nigeria to export forage sorghum to China. A local company is expected to ship out the first batch of its consignment in the first quarter of this year.”

Furthermore, Isiegbe stressed that the NAQS is committed to stimulating the growth of export of Nigerian agricultural produce. Adding that the Agency is ready to assist any Nigerian who is interested in exploring the prospects that abound in the land.

On federal government’s efforts in setting export standard for crops, a farmer, Yakubu Mustapha, lamented that the sector is still largely dominated by smallholder farmers that do not have the capacity to support the realisation of the country’s vision for self-sufficiency and food security.

He added that the sector is grappling with serious issues such as high cost of farm inputs, including agrochemicals, high cost of agricultural machinery and equipment, access to land for mechanised farming; access to finance, especially working capital, by investors in the sector.

Mustapha who commended the NAQS for organising the training on export standards for farmers, however called on the federal government  to restructure the bank in a way that farmers  would have access to loans for best agricultural practices.

He said: “There is also the issue of security challenges faced by farmers because of the activities of herdsmen and many more. These are the issues I expect the agriculture ministry to be tackling at this time.

“It is possible to generate substantial foreign exchange from the export of food items, but the productivity issue must first be addressed. We need to structure the sector to attract the elite and younger generation of investors into agriculture and the totality of the value chain. The reality is that the farming population is aging fast.

“We are aware that the NAQS working assiduously to expand our export frontiers and we hope that If the country produces as much as she can produce and exports as much as her natural endowment allows, it will create thousands of jobs, improve livelihoods of families and place the foreign revenue from the agriculture sector on the upward trajectory,” he noted.