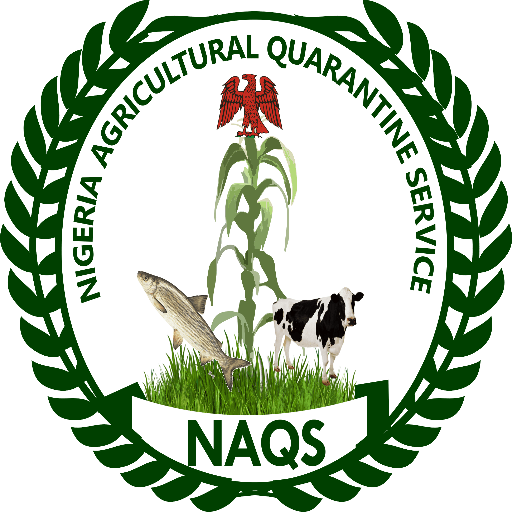 Worried by the high rate of smuggling of uncertified agricultural commodities outside the country, which ends up being rejected by the European Union (EU) and United States of America (USA), the Nigerian Agricultural Quarantine Services (NAQS), the Nigerian Customs, the Nigerian Security and Civil Defense Corps (NSCDC), recently brainstormed on how to stop the insidious act.

NAQS’ Director General, Vincent Isegbe, who spoke at the 3rd Director General’s Summit and Management Retreat, titled, “Leveraging Sanitary and Phytosanitary Adaptability to Push Continental and Global Export Frontiers”, decried that aside the rejection, the illegal trade was tarnishing the image of the country.

Isegbe, without mincing words, noted that the delineation of NAQS from different strategic points like the airports and seaports was a dangerous move, as the situation enables uncleared commodities to either be imported or be exported with reckless abandon, to other countries.

According to him, travellers hide uncertified goods inside those certified which, when caught at the point of entry, automatically nullify the certification of the entire produce.

Also, he lamented that men of the underworld sell forged certificates to unsuspecting members of the public who intend to travel, but added that it was a waste of time as both the exporting and importing countries would be on the ground to arrest the culprit.

“The increase in smuggling is because the NAQS is not at the point of checking those things. You know government circular had delineated the quarantine service from operating at those points, saying it is only Customs. And of course, the Customs has its own duty to perform. We have so much to perform.

“For AfCFTA to be successful, the quarantine service must necessarily be at the entry and exit point of the country. Our market is massive. If quarantine service is not there to checkmate what is coming in, Nigeria will become a dumping ground. We are specialists in identifying, incensing certified agricultural produce coming into the country.

“We have been delineated from the airports and seaports and we cannot operate. That is why those consignments of beans that resulted in the ban of Nigeria, first for one year, then three years, which was supposed to end in 2019. The people that did that confirmed that they did not pass through the NAQS,” he said.

He added: “We have been able to draw the attention of the nation to the fact that the high levels of rejection that we talked about most times the details are not brought, they just mention that we have 50 or 100 rejections without stating exactly what caused those rejections.

“And I think Nigerians should know exactly the major reasons for rejections. Apart from the over 11 reasons why agricultural produce are rejected, there are some that have come prominently showing 85 per cent of the total number of rejections that we have, and most of them come from prohibitive items, particularly wood bags.

“We like our traditional medicine so much, even our brothers overseas still demand for these products. So, most of the bags of medicinal plants that were exported are prohibited and the advocacy is that we should produce them in a way that they will be accepted in the international community and to the national plant protection organisation of those countries we are exporting to.

“One of the best ways to do it is to grind it; you make it into powder instead of taking the whole bag like that. And the reason for concern is that the wood bags have crevices that harbour insect eggs, the larvae or whatever stages, that are being shifted from one country to another.

“So, if you subject those bags to slight warming or improved environmental conditions, you will see that those things will hatch. And some of these pests are of quarantine importance that have been rejected in some of those countries, some as far back as 1946.

“Take the case of carabidae in Mexico; they have eliminated that pest from their country since 1946 and they do not want it to enter the country again. So, they are stringent. Part of the grasses that we have here like pennisetum are local grasses.
“In fact, when we were young children, we used to use it to tickle each other by the ear, cheeck or neck. Such grasses are of quarantine importance in other countries because they do not want them to enter their country.

“Even for a product; take the case of snails. Some countries will take life snails, some will only take fried and frozen snails, and some will not even take at all. So, people who export these things, either for personal use or commercial usage, should find out from the quarantine service at what stage or condition should such export commodity be allowed to get into those countries.

“And when you smuggle them and put them into your boxes (we have seen people that put life tortoise, smoked fish, Ogbono, among others, inside their boxes). The scanner is such that it can pick agricultural produce. So, no matter how you conceal it, the detector will pick it. And that is when you are likely to be charged for not declaring that product and then be charged for contravening the National Quarantine law of the importing country.

“So, it is important for us to know all these things so that we can stem the figure that we have in the country. The most painful thing is that if you export illegally or an item that is rejected into any of the EU countries, the 28 other EU countries would be flagged and it is not a good image for us as a country.

“Another problem is that at the point of clearing, export handling companies and individuals that sat between the quarantine service and the shipping line or the airlines, there is some compromise in that value chain; that where they permit agbo, ogi or locust beans to be put.

“So, once you allow such things to enter or be put with a certified product, that invalidates that certificate and makes it to be rejected. And the news is that the consignment which was ready to go out of Nigeria has now been rejected and you then begin to wonder why.

“Others do not even bother to come to NAQS at all for the clearing certificate. And once they go, you will see absence of the relevant certificate. Those ones are between 5 and 8 per cent from our average statistics we have had over the years.

However, the Minister of Agriculture and Rural Development, Mohammad Abubakar, assured participants that the circular which bars NAQS from operating in seaports and airports would be reviewed.

Abubakar said, “going forward, the Federal Government will continue to ensure that our risk assessment activity is directed at priority pests and pathways and guided by cutting-edge science. We will continue to meet our international obligations and honour our phytosanitary agreements with our trade partners so that Nigerian businesses can trade in clean plant materials and grow.

“We will keep supporting NAQS, our National Plant Protection Organisation, to master new and emerging threats. The government is reviewing the effect of the implementation of some government circulars that saw the displacement of NAQS from its proper position at the ports of entry.

“The NAQS is the single point of command for all agricultural quarantine activities. Therefore, it needs to have adequate leverage to execute its statutory mandate. Enabling NAQS to conduct conventional risk-targeted import inspections and export control measures is key to Nigeria maintaining a good reputation that would allow us to export plants and plant products, with all the attendant economic and social benefits.”

Meanwhile, a Lead Expert, African Continental Free Trade Areas (AfCFTA), Olusegun Olutayo, explained that NAQS should be allowed to operate, adding that most African countries would capitalise on the AfCFTA to import uncertified agricultural produce.

Olutayo said, “AfCFTA is an African thing. Every African country has the land. The development of all African countries is on agriculture. It means NAQS will have to get that right in terms of import because those goods will come in under AfCFTA. They need to be on guard.”