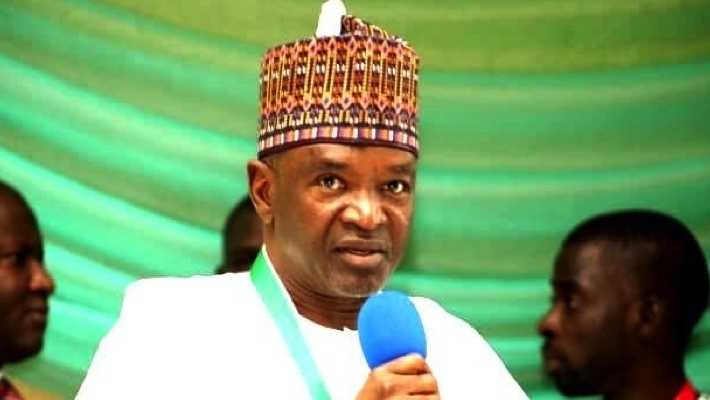 Nigeria loses 50 per cent of its annual crop production to the damages of pests, the Federal Government announced on Monday.

Minister of Agriculture and Rural Development, Mohammed Mahmood, announced this in Abuja at a press conference organised by the Nigeria Agricultural Quarantine Service to mark the International Day of Plant Health.

He said, “We must take plant health seriously because plants are in constant danger of attack by viruses, bacteria, nematodes, insects, aphids and fungi.

“In Nigeria, we lose 50 per cent of our annual farm gate value to the damages of pests. They cause yield and quality losses, reduce food availability and increase food prices.”

He, however, stated that the government recognised the fact that safeguarding plant health was a national priority and that this led to the establishment the NAQS.

On his part, the Director-General, NAQS, Vincent Isegbe, said the agency would continue to maintain plant, animal and fish health to meet international standards.

The Nigerian Agricultural Quarantine Service (NAQS) has revealed that it is intensifying drive to accelerate the integration of the country’s domestic agricultural sector with global value chains.

NAQS noted that despite the upheavals caused by the COVID-19 pandemic and the constraints posed by several local and international adjustments, it had come up with Export Certification Value Chains (ECVCs) for coconut orange-fleshed sweet potato, donkey skin, palm oil, kola nut and bitter kola.

The ECVC contains market intelligence specifics to each product, outlines opportunities in their respective value chains and details the steps to fulfill the requirements for producing an export-ready version of all the raw and value-added forms of the commodities. The project is the first-ever comprehensive effort to capture the possibilities in Nigeria’s comparative advantage in the agricultural sector.

Speaking at the third Director General Summit and Management Retreat in Port Harcourt, Rivers State, with the theme: “Leveraging Sanitary and Phytosanitory Adaptability to Push Continental and Global Export Frontiers”, the Director General of NAQS, Dr Vincent Isegbe, explained why it had become imperative for the agency to certify the six crops.

He said although donkey skin was initially declared an endangered species at the 2017 National Agricultural Meeting, it was designed to enable sustainable breeding programme so that the country could reap the benefits of the huge international donkey skin market just like the goat skin market.

“Donkey is seen as an export commodity, so we don’t want to lose out, and the way to go about it is to sustain the breeding of donkeys so that you can sell and make money for the country. The essence is not to keep the donkeys; no, we are not happy that is why it is declared an endangered species. So revival and sustainability of the donkey has to be put in place so that you can now remove the donkey from the prohibition list and make money for the country out of that,” he said.

He further said the essence of putting the certification in place was to see how the country could resolve the donkey health issue and overcome “the donkey predicament” by instituting the export certification value chain for donkey, among other commodities.

For the bitter cola, Dr Isegbe said the crop was of medicinal value, but that for some time people just chewed for ceremonial purposes or just chewing because of the taste.

He stressed further that with one singular action of focusing on the export certification value chain for bitter cola, three critical value chains had been activated and that the exporters were there making the fourth and then the fifth one was the revenue that Nigeria would benefit from all the systems that it had put in place.

Speaking on EU’s ban on Nigerian beans, he said the agency, in a report summited to the Minister of Agriculture indicated that the incidences, the level of dichlovor and other chemical pesticides had reduced.

“We too have gone to do sampling across the geo-political zones in warehouses, in open markets and the farms and the report clearly shows that the levels are coming down, that is not to say that there are no incidences of people who probably, for one reason or the other, are still adulterating, especially the bulk grain aggregators, for fear that they may lose money. Some few are still doing that, but you know too that the quarantine service is supplying storage pesticides-the ones that are least toxic to farmers and grain users to let them know that; look this type can be used.

“NAQS cannot supply everything to farmers, supply every warehouse with chemicals, but we have put in public domain that these storage pesticides are available. They have minimal effects, and those aggravators can use them instead of using things like Snipper and other hazardous agricultural pesticides,” he emphasised.