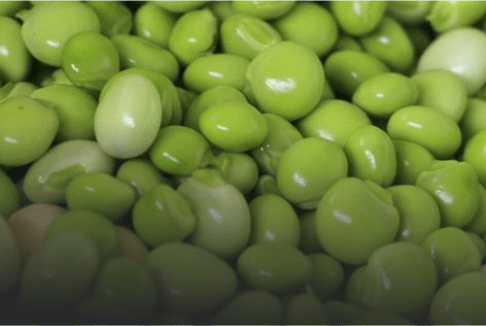 The National Agricultural Quarantine Service (NAQS) says Nigeria has secured an offer from the Indian government to export pigeon pea worth $100bn to the country.

The Coordinating Director, NAQS, Vincent Isegbe, on Thursday, said that the country would generate appreciable revenue from pigeon pea exports to India when the scheme was successfully executed.

He said NAQS and other Federal Government agencies made a submission to the Indian government on 25 categories of crop analyses, all of which were based on new innovations.

“One of our submissions was on Pigeon Pea Pest Risk Analysis, which was successfully done by a team of NAQS scientists.

“We did not invite any other specialist or researcher from outside the country for the submission and Nigeria was given an offer to export pigeon pea to India.

“If one commodity like pigeon pea can fetch Nigeria so much and Nigeria is able to make two to three supplies; the country can begin to reap the benefits of agricultural exports,’’ he said.

The pigeon pea is a perennial legume from the family, Fabaceae, and its seeds have become a common food grain in Asia, Africa and Latin America.

The green fodder of pigeon pea also has a protein content of 10 to 15 percent; while its straw, husks and screenings can be used to provide roughage.

Isegbe said that the service had partnered with some states and All Farmers Association of Nigeria to meet the pigeon pea demand.

“We have started interacting with the governors of Kano and Kaduna states as well as AFAN and other relevant groups in order to meet the Indian government’s demand for pigeon pea.

“Besides, NAQS will educate the partners on how to get genuine seeds with the help of the National Agricultural Seed Council to meet the demand.

“Officials of the NAQS will train some groups of people to serve as extension workers to the pigeon pea farmers in ‎clusters and teach them when to plant and nurture their crops until harvest.

“We encourage farmers to start with what they have now and government will support them later. When there are challenges, we will give them technical advice,” he said.