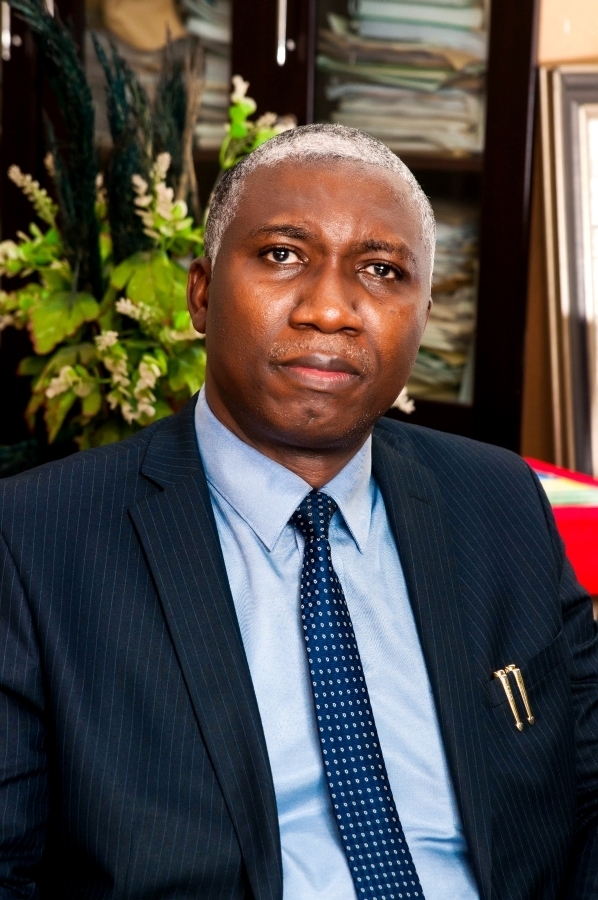 The National Coordinating Director, Nigeria Agricultural Quarantine Service (NAQS), Dr. Vincent Isegbe in this interview with JOHN OBA, among other issues says the Service should be the first defence line, if the nation’s agricultural produce is to enjoy proper patronage at the international market.

What has the service done so far in preventing pests from our agriculture?
The primary mandates of the service are in two folds, one is to prevent the spread, introduction and establishment of pests, disease and contaminants of plants, plant products, animal products, aquatic and aquatic resources products into and out of Nigeria. The second is that we facilitate international trade.

In doing that we ensure that we don’t have any pests, diseases or contaminants in regards to agricultural produce into the country or being exported out of the country because we belong to the World Trade Organisation (WTO) and there is a protocol called the Sanitary and Phytosanitary (SPS) measures that is necessary for trade, and food safety that Nigeria is a signatory to and we have to observe that
And for plants and plant products, we have what is called the National Plant Protection Officer (NPPO) for each country. For Nigeria, the officer is one of our director here, the director, plant quarantine. That is to say anything that has to do with agricultural produce, plant and plant produces, he represents Nigeria under the International Plant Protection Convention (IPPC) platform.

The other arm of SPS is the World Organisation for Animal Health, the focal person for Nigeria is the director, vertinary service.
We are in five zones of the country, we have the north west zone in Kano, North Central in Makurdi, North East in Maduguri, South East in Port Harcourt and South West in Lagos and we have 56 stations, still increasing.

How well is the protection of pests going, because recently, there has been outcry on bird flu, pests spreading around Africa, are there mechanism in place to prevent this disease getting into the country, or controlling those in the country from spreading further?
As a Quarantine service, we do pests crop survey, we have done for several crops like Pineapples, Rice, Cashew, Pigeon Pea among others. The essence of this is to find out which pest affects them, to what extent and in what location nationwide. That is why we did the one on Pigeon Pea because the government of India wants to export pest free Pigeon Pea from Nigeria to their country. And even if we have pest, they want to know, what pests,, to what extent, and what is their locations.

That was the report that our group of Scientists, Plant Pathologists, Corps Protectionists, Earmathologists and parasitologists, sent to the government of India and they saw that it was good for them to import. That is why they said they have a market worth $100 billion and that we can export. Now the Pigeon Pea value chain are working round the clock now to ensure that, they meet that demand. There are so many associated benefits to this by jump starting it production and export to the government of India.
The bird flu is a viral disease, it can be transmitted to fomite, infection, migrating birds and contaminations. It is the duty of Nigeria to ensure that new variety of bird flu does not come into the country and we receive report daily on the situation?

But why is it that over 11,000 birds were killed in Jos recently because of this?
Avian Influenza is already in the country. It came in between 2006 and 2008, that was the first outbreak we had and we contained it but this came in through migrating birds, they are intercontinental fliers and docks serves principally as carriers and when you have a point source infection, it can spread to every other part but Nigeria government has done well because other countries like the US, Egypt and other have come to find out how we have been able to manage the 2006, 2008 eradication because we had the best control measures put in place but the sources of re-infection are so plenty and varied that once we are declared Avian Influenza free, we have to remain on our toes. That is why the government has set up organized livestock and bird markets and have taught the people as a way of controlling infection around the place. So government has instituted a lots of control measures but the fact is that this is a very difficult virus to control.

So that mean even human beings who consume them are prone to infection?
Yes, they are, but we only have one fatal case of human infection that was suspected to have dead as a result of this.

What part is the Quarantine Service playing in the running of abattoirs in Nigeria?
Abattoirs does not fall directly under the federal government, by law they are under the local government but the federal and state governments play supervisory roles in the maintenance of those abattoirs. We post our staff there to ensure that the proper thing is done. And the state government too sent their own staff there. The managers of abattoirs in this country are employees of the respective local governments where they are located. So if things are not properly done we can close down the abattoir as federal government officer, because abattoir is supposed to be a clean environment.

Some of the herdsmen are from other country like Chad, Niger and some of their cattle may be carrying infections that may be transmitted to the Nigerian cattle, how do you prevent this?
If you watch along the perimeters of our land borders, we have so many control posts, if any of the animals are coming through any of these land borders, the herdsmen know that they must pass through the nearest control post, because they are coming in with their veterinary health certificates of the country they are coming in from.

Now when they come through these border post, the Quarantine officers will examine them and authenticate that the animal coming in are healthy. If they find any that is not healthy, the vet officer will detain them but sometimes there could be some dubious ones, who may not want to pass through these control post.
So even if they don’t pass through any of the control post, they must pass through one of the state capital of local governments, all these have veterinary check points, there is no local government that don’t have these check points.

Are they functional?
They are functional, some are on states road or on local government roads, so these will check for the herdsmen’s certificate and if for any reason, the certificate is not stamp by any of these control post, they would be subjected to stricter check and inspection.
If by any chance they are crossing the River Niger, they would either cross at Makurdi, Lokoja and Jebba, except their cattle will swim and at each of those points, our veterinary officers are there. Also we have the inter-state veterinary control post. One is at Makurdi, Lokoja and Jebba on river Niger side. If they are carrying them with a vehicle, you must cross. So at each of those points too, we have our officers there.

With a veterinary inspection post there. Either you are coming from the north, going from south, you must cross the river at this three points, except your cattle are going to swim. These are additional check points that the National Quarantine Service has put in place to ensure that if you miss the first and second, you are not likely to miss the third one. These are checks and balances.

Then the seaports, in Port Harcourt, we have Orne and what we call NPA 1, we have Tinca and Apapa in Lagos, so no ship will come to Lagos that carries agricultural produce that Quarantine will not inspect. The only challenge will have as of now was in 2011 where the Federal Ministry of Finance in conjunction with the Ministry of Transport issued a circular for the seaports that says  Custom will invite Quarantine which we find very absurd.