Home Animal Quarantine What must be done for smooth agro export 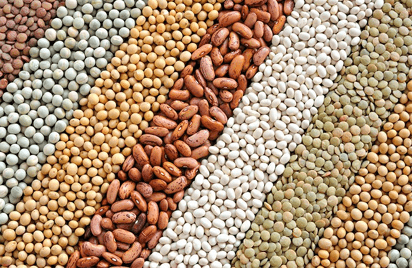 For many years, Nigeria has continued to face various export rejections on many of the country’s agricultural commodities.

Some of these commodities are either contraband or do not meet the countries of destinations’ specifications on standard and food safety regulations.

The country’s agency in charge of certification of the import and export of agricultural commodities not processed is the Nigerian Agricultural Quarantine Service (NAQS), but it is confronted by many issues. However, the Minister of Agriculture and Rural Development, Dr Mohammed Abubakar, is seeking to intervene in order to strengthen the export certification system.

The director-general of the NAQS, Dr Vincent Isegbe, after a meeting with the minister at the agency’s headquarters, told Daily Trust that there were many issues the agencies are dealing with, some of which have to do with the attitude of Nigerian exporters, who are not patriotic, thus giving the country a bad image abroad by undermining due processes.

He said most of the rejections came from prohibited items like the bark of trees. They occupy more than 85 per cent of the reject. “It is not because our products are bad, it is because they were exporting things they were not supposed to be exporting, and once they flag us on that notice, you see rejection. When you find out the issues involved, you know that this is a prohibited item that was not supposed to have been imported,” he said. Dr Isegbe said some exporters added prohibited items into already certified products, adding that the action would invalidate what has been certified.

“If you have vegetables and issue a certificate for it, and by some illegality you put something else, it means that what have certified have been invalidated by that thing you have. You have concealed something into a certified product, so that destroys the quality and certification for that product,” Dr Isegbe said.

The agency lamented that most of the illegalities happened after they had certified products for export, adding that some would conceal them alongside other prohibited items. Another issue is that some people do not want to go through the quarantine service naturally despite the very low charges of betweenN1,500 and N5,000 the agency charges.

“We are part of encouraging and facilitating international trade, but people don’t come to the quarantine service to get their things done, yet they will collect money from exporters. We had one last two months and we told them we could not issue the photo-sanitary certificate because we did not see, neither did we inspect the items.

“We are encouraging exporters, that if they use a clearing agency for their goods they should just let us know. They should let the quarantine service know in all the zones and entry points, so that we can be an additional eye for them,” the DG stated.

Before now, they were about 13 agencies at the country’s ports of entry, but the government decided to trim the number to three. However, the NAQS, which is directly responsible for the agricultural commodities leaving or coming into the country, is left out, making a thorough inspection of unprocessed agric commodities leaving the country difficult.

“We are still appealing to the government so that the quarantine service, which has that mandate to inspect and certify agricultural produce, is allowed at the ports for us to be able to do what we are supposed to do.

“There are emerging crops like shea butter, cinnamon, honey, turmeric, and so on, which we have in abundance but have not really considered for export. And there are countries that are willing to buy,” he said.

In his reaction, the minister of agriculture and rural development said the agency’s working relationship with the Nigeria Customs Service was something the ministry had to look at and see if there were areas that needed to be strengthened.

“I can reach out to both the customs and the quarantine service to see how we can improve the delivery of the goods and services to the people of Nigeria. You do not want to have two or three agencies that are supposed to be working harmoniously to have issues of any kind. When you do that and you don’t resolve it, then it is the people that are receiving the goods and services that will suffer ultimately, and the country.

“Right now, I don’t think there is any serious issue, but we will see how we can reach out and make things even better. I believe they are still working right now, but we can make it better than what it is,” the minister said.

Until the country gets its house together, it will be difficult to take advantage of the enormous potential of the best agricultural commodities in the international market. For example, Nigeria has the best onions, soybeans, ginger in the world, but has not reaped any benefit from them. Most of the country’s crops reach Europe as products from other African countries, especially Ghana.